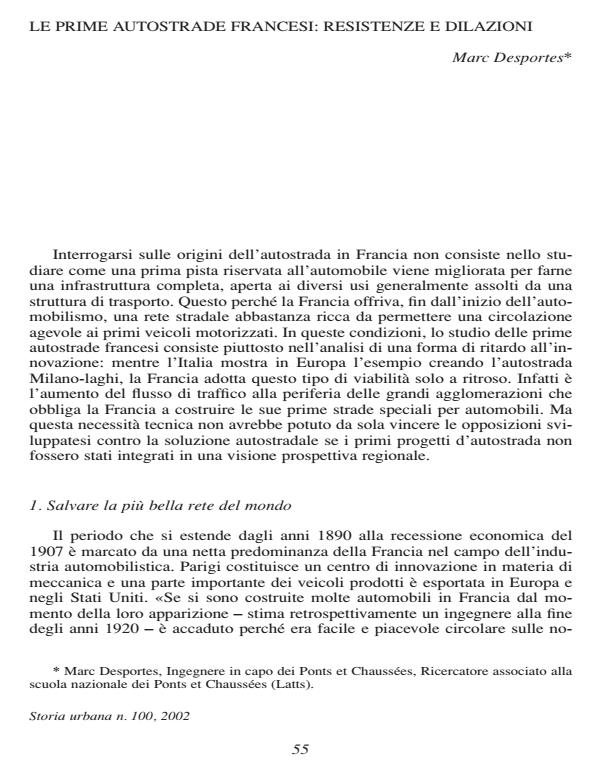 At the beginning of the XX century, France boasted a very advanced motorcar industry. The quality of French roads was a significant asset to the development of this industry. Indeed, at that time the French road network was considered to be the most wonderful in the world. But traditional roads proved inadequate for motorcar traffic. Thus, some projects for special roads for motorcars were proposed around 1905. Nevertheless, for economic reasons, civil engineers chose not to built such roads but to upgrade the existing network. Around 1925, as the number of cars increased phenomenally, some new projects for motorways were proposed. French engineers considered that motorways could be used either to link two distant cities or to facilitate traffic around cities. But none of those projects ever materialized and French administration continued upgrading the existing network. This was a demonstration that this network had sufficient capacity to absorb the demand of traffic. Around 1935, major cities such as Paris increased by such proportions that it became necessary to institute a regional planning administration. It was within this framework that the first motorway projects were decided. One case in particular was that of the motorway located west of Paris. Work began on this road in 1937 but was interrupted by the war in 1939. It was only around 1960 that a real motorway network would finally be built in France.