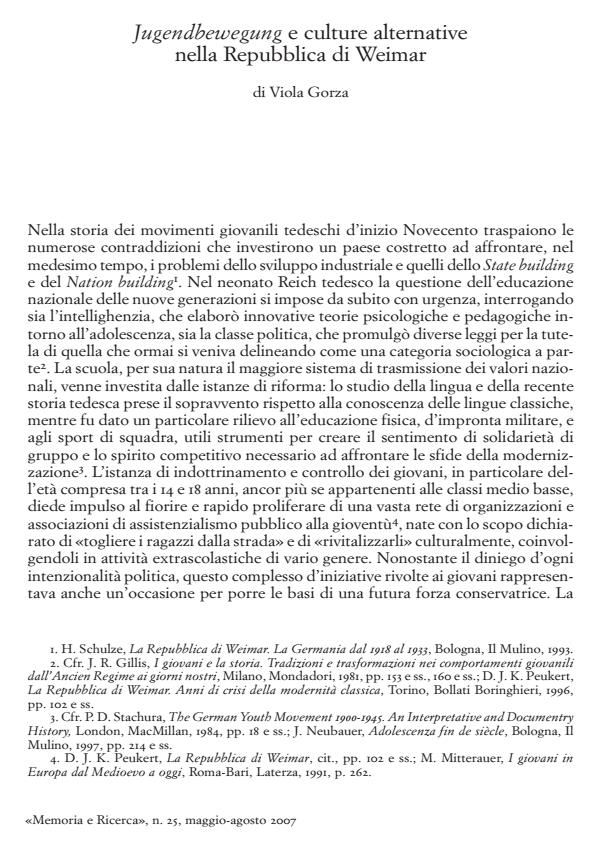 During the first thirty years of the past century a wide nest of organisations for youth social security took a footing in Germany. Their official aim was to offer support to rising youth cultures, but actually they wanted to control them and to tune them in the prevailing völkisch ideology. This led to the birth of many different youth organisations, among which the Wandervogel is certainly one of the most known and original. This movement was partly promoted by the youths themselves, on the basis of their interests, but was actually kept under strict control by the adults, who sponsored and coordinated their activities. These official associations were soon opposed by youth groups determined to organize their lives by themselves, avoiding the supervision of any legal authority, in order not to be influenced by the militarist and nationalist atmosphere which characterized Germany in those years. While the young rebels from the worker class joined in so called Wilde Cliquen, those from the middle-upper class set up rural communes: new forms of living together in which values as freedom and solidarity represented the main joining elements. Comparing the official youth associations with these outsiders, we can get an idea of the unbelievable vitality which distinguished the young generation of the ’20s. Moreover, we can realize that behaviours and forms of grouping together considered typical for the youth of the 70s or 80s, like communes and hippy and punk groups have their roots just in those years in which the traditions of the forefathers were heavily questioned.