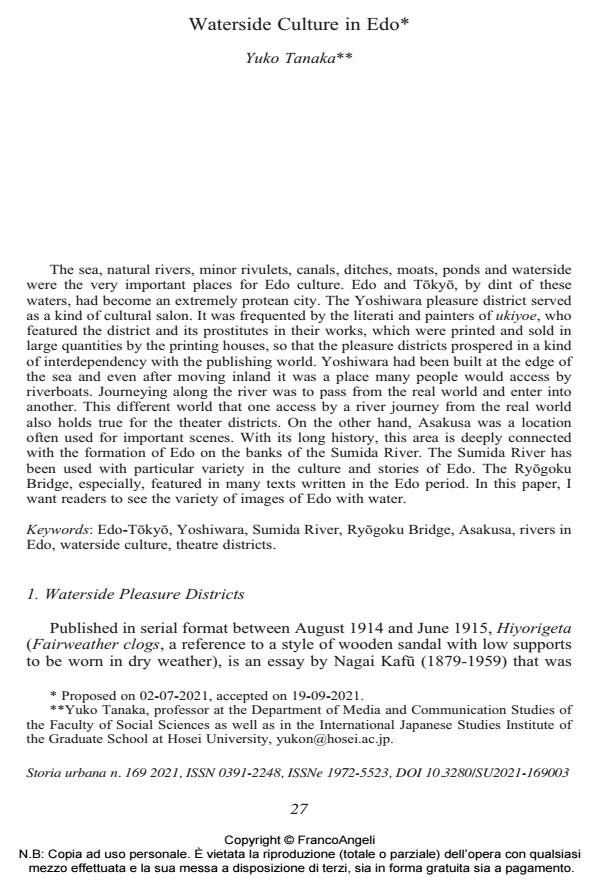 The sea, natural rivers, minor rivulets, canals, ditches, moats, ponds and waterside were the very important places for Edo culture. Edo and Tokyo, by dint of these waters, had become an extremely protean city. The Yoshiwara pleasure district served as a kind of cultural salon. It was frequented by the literati and painters of ukiyoe, who featured the district and its prostitutes in their works, which were printed and sold in large quantities by the printing houses, so that the pleasure districts prospered in a kind of interdependency with the publishing world. Yoshiwara had been built at the edge of the sea and even after moving inland it was a place many people would access by riverboats. Journeying along the river was to pass from the real world and enter into another. This different world that one access by a river journey from the real world also holds true for the theater districts. On the other hand, Asakusa was a location often used for important scenes. With its long history, this area is deeply connected with the formation of Edo on the banks of the Sumida River. The Sumida River has been used with particular variety in the culture and stories of Edo. The Ryogoku Bridge, especially, featured in many texts written in the Edo period. In this paper, I want readers to see the variety of images of Edo with water.