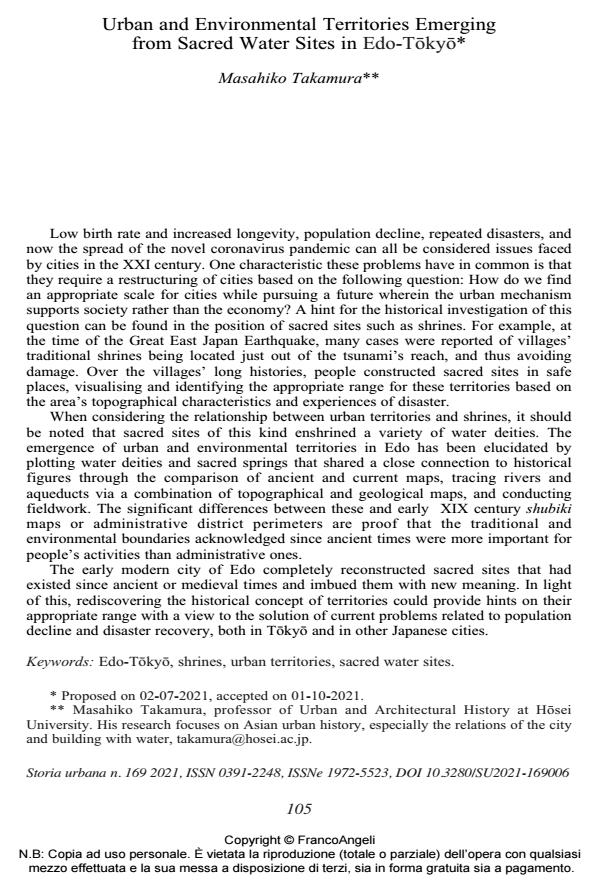 Low birth rate and increased longevity, population decline, repeated disasters, and now the spread of the novel coronavirus pandemic can all be considered issues faced by cities in the XXI century. One characteristic these problems have in common is that they require a restructuring of cities based on the following question: How do we find an appropriate scale for cities while pursuing a future wherein the urban mechanism supports society rather than the economy? A hint for the historical investigation of this question can be found in the position of sacred sites such as shrines. For example, at the time of the Great East Japan Earthquake, many cases were reported of villages’ traditional shrines being located just out of the tsunami’s reach, and thus avoiding damage. Over the villages’ long histories, people constructed sacred sites in safe places, visualising and identifying the appropriate range for these territories based on the area’s topographical characteristics and experiences of disaster. When considering the relationship between urban territories and shrines, it should be noted that sacred sites of this kind enshrined a variety of water deities. The emergence of urban and environmental territories in Edo has been elucidated by plotting water deities and sacred springs that shared a close connection to historical figures through the comparison of ancient and current maps, tracing rivers and aqueducts via a combination of topographical and geological maps, and conducting fieldwork. The significant differences between these and early XIX century shubiki maps or administrative district perimeters are proof that the traditional and environmental boundaries acknowledged since ancient times were more important for people’s activities than administrative ones. The early modern city of Edo completely reconstructed sacred sites that had existed since ancient or medieval times and imbued them with new meaning. In light of this, rediscovering the historical concept of territories could provide hints on their appropriate range with a view to the solution of current problems related to population decline and disaster recovery, both in Tokyo and in other Japanese cities.