Preservation and Continuation of "Local Ecosystems": The Case of Tokyo’s Public Baths 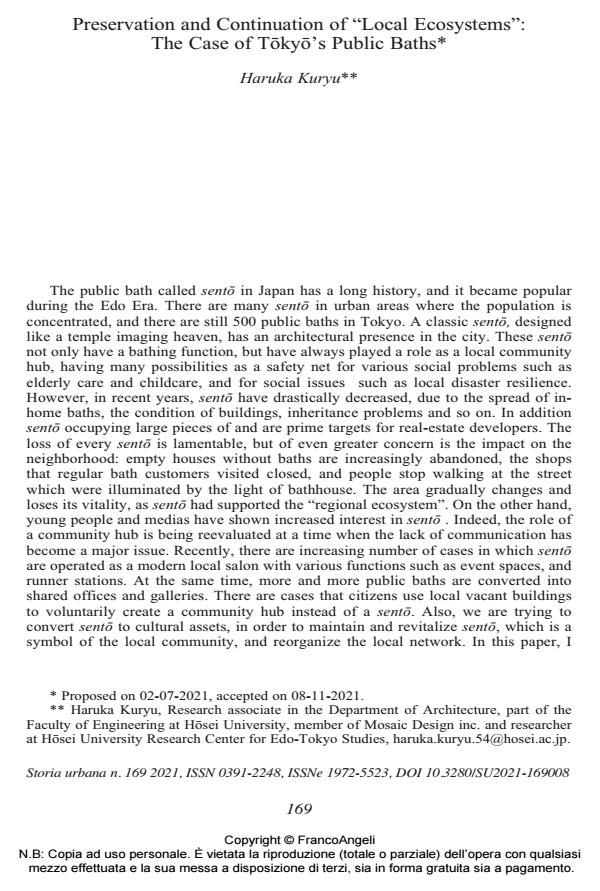 The public bath called sento in Japan has a long history, and it became popular during the Edo Era. There are many sento in urban areas where the population is concentrated, and there are still 500 public baths in Tokyo. A classic sento, designed like a temple imaging heaven, has an architectural presence in the city. These sento not only have a bathing function, but have always played a role as a local community hub, having many possibilities as a safety net for various social problems such as elderly care and childcare, and for social issues such as local disaster resilience. However, in recent years, sento have drastically decreased, due to the spread of in-home baths, the condition of buildings, inheritance problems and so on. In addition sento occupying large pieces of and are prime targets for real-estate developers. The loss of every sento is lamentable, but of even greater concern is the impact on the neighborhood: empty houses without baths are increasingly abandoned, the shops that regular bath customers visited closed, and people stop walking at the street which were illuminated by the light of bathhouse. The area gradually changes and loses its vitality, as sento had supported the "regional ecosystem". On the other hand, young people and medias have shown increased interest in sento . Indeed, the role of a community hub is being reevaluated at a time when the lack of communication has become a major issue. Recently, there are increasing number of cases in which sento are operated as a modern local salon with various functions such as event spaces, and runner stations. At the same time, more and more public baths are converted into shared offices and galleries. There are cases that citizens use local vacant buildings to voluntarily create a community hub instead of a sento. Also, we are trying to convert sento to cultural assets, in order to maintain and revitalize sento, which is a symbol of the local community, and reorganize the local network. In this paper, I would like to consider the future of past heritage in popular culture through examples of sento. How can we visualize and utilize the local ecosystem that extends from a sento to the entire region? In Tokyo, a city with a high metabolism, I will introduce local cultural heritage that should be handed down to the future, using the historical local base like sento as a case study, and present its current status, various trials, and possibilities.