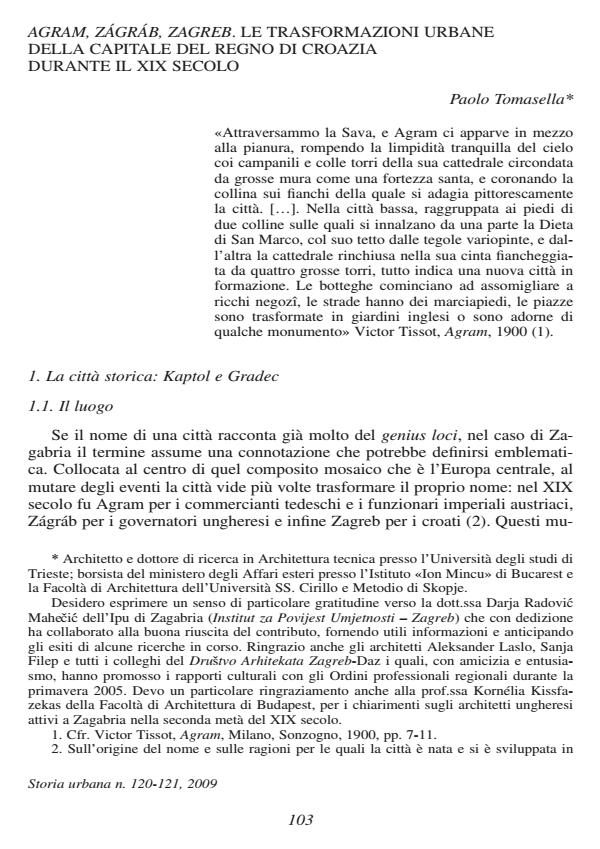 <em>Agram, Zágráb, Zagreb. The Urban Transformations of the Kingdom of Croatia’s Capital during the 19th century</em> - Located in one of the most important crossroads of languages, customs and traditions that make up the central European mosaic, Zagreb is more than just the name of an eastern European capital. The urban development of Zagreb is a prime example of the so-called Gründerzeit or "Founding Period" during the Austro-Hungarian Monarchy. Like Vienna and Budapest in the latter 19th century, Zagreb acquired a specific urban pattern and a contemporary building style. In the year 1850 the centuries-old division between the ecclesiastical city of Kaptol and the royal city of Gradec was ended by imperial decree. This event marked the start of its development as a modern city. The modernization of Zagreb started with a conscious urban plan that envisioned the city as an industrial centre with improved railways lines. The starting point of this development was the union of the medieval centers - Kaptol and Gradec (Gornji Grad) - with the new city’s section built on the plains and referred to as the "Lower City." In 1857 the first building regulation order was published. This document first defined the grid work of the new part of the city named Donji Grad. The first regulatory plan of 1864-1865 was a technical development plan dealing with expansion of the city through solving municipal issues. (Its original drawing was destroyed.) In 1878 the earliest surviving regulatory plan was drawn up, outlining development on a grid in the area between the new railway and the Medvednica hills. The second development plan was drawn up in the year 1887. It was based on artistic principles with the creation of a monumental structure framework for the "Lower City," including the so-called "Green Horseshoe" (Zelena potkova) - the original city park enclosing public buildings and the system of gardens and squares. This urban framework was the magnificent setting for the shrines of national culture, science and education. In 1897 a new version of the building decree created the conditions for the city’s urban development in the 20th century.