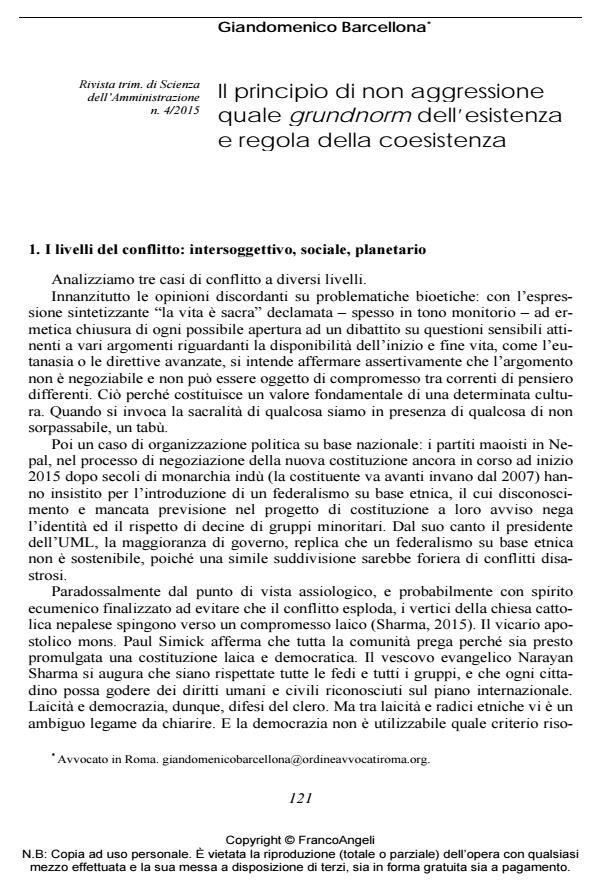 The ideological root of social violence lies in the thought that values shared amongst members of a social group are superior to the value of individual liberty. That the force through which these values are imposed is channeled through electoral rituals in democratic regimes, and that it finds formal organization in the law, does not alter its essentially violent nature. To obtain an open, pluralistic, and peaceful society, group membership must be viewed as a freely chosen, aggregative phenomenon - not as the defining place of a collective identity that is to form the basis of a social order. The uniqueness of each human being is the only unifying matter and the only truly sacred principle is that of non-aggression; in the bestowing to the free choices of all a sacred and intangible value until the freedom of another is abused. This is the true sense of the sacredness of life: leaving each individual free to choose. Social violence of an ideological mould will disappear only when the formation of an identity is recognized as an individual process, when there is a real and genuine religion of freedom seen as an unsurpassable taboo, and when the coexistence is built on the mithology individual liberty. All else is violence.