Mission to Rome of a French Intellectual (1932-1940): Hubert Lagardelle 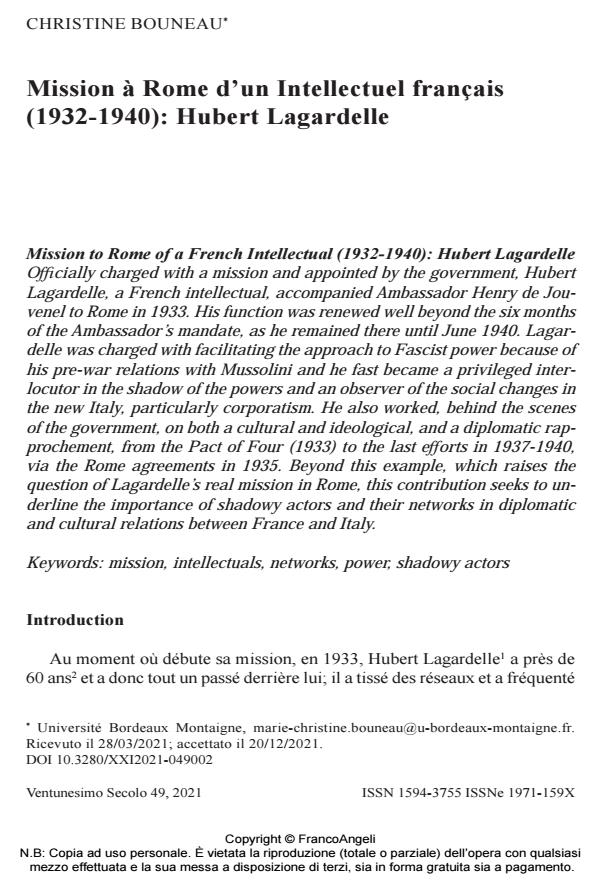 Offi cially charged with a mission and appointed by the government, Hubert Lagardelle, a French intellectual, accompanied Ambassador Henry de Jouvenel to Rome in 1933. His function was renewed well beyond the six months of the Ambassador’s mandate, as he remained there until June 1940. Lagardelle was charged with facilitating the approach to Fascist power because of his pre-war relations with Mussolini and he fast became a privileged interlocutor in the shadow of the powers and an observer of the social changes in the new Italy, particularly corporatism. He also worked, behind the scenes of the government, on both a cultural and ideological, and a diplomatic rapprochement, from the Pact of Four (1933) to the last eff orts in 1937-1940, via the Rome agreements in 1935. Beyond this example, which raises the question of Lagardelle’s real mission in Rome, this contribution seeks to underline the importance of shadowy actors and their networks in diplomatic and cultural relations between France and Italy.