Glories of the stadiums and stadiums in glory: Franco-Italian relations in the inter-war period through the prism of football 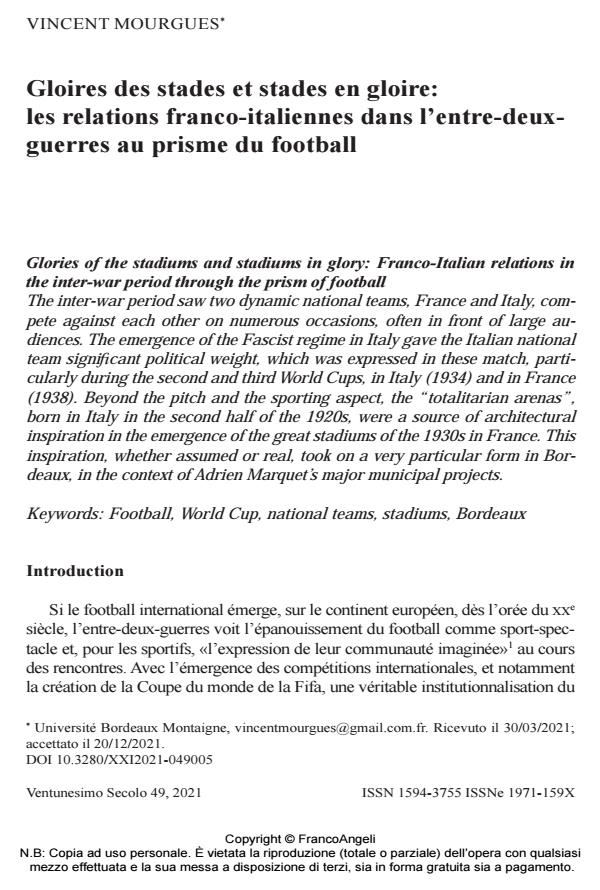 The inter-war period saw two dynamic national teams, France and Italy, compete against each other on numerous occasions, often in front of large audiences. The emergence of the Fascist regime in Italy gave the Italian national team signifi cant political weight, which was expressed in these match, particularly during the second and third World Cups, in Italy (1934) and in France (1938). Beyond the pitch and the sporting aspect, the"totalitarian arenas", born in Italy in the second half of the 1920s, were a source of architectural inspiration in the emergence of the great stadiums of the 1930s in France. This inspiration, whether assumed or real, took on a very particular form in Bordeaux, in the context of Adrien Marquet’s major municipal projects.