Crossroads of the Great Powers: Rivalry in Cyrenaica and its impact on Anglo-Italian relations (1911-1951) 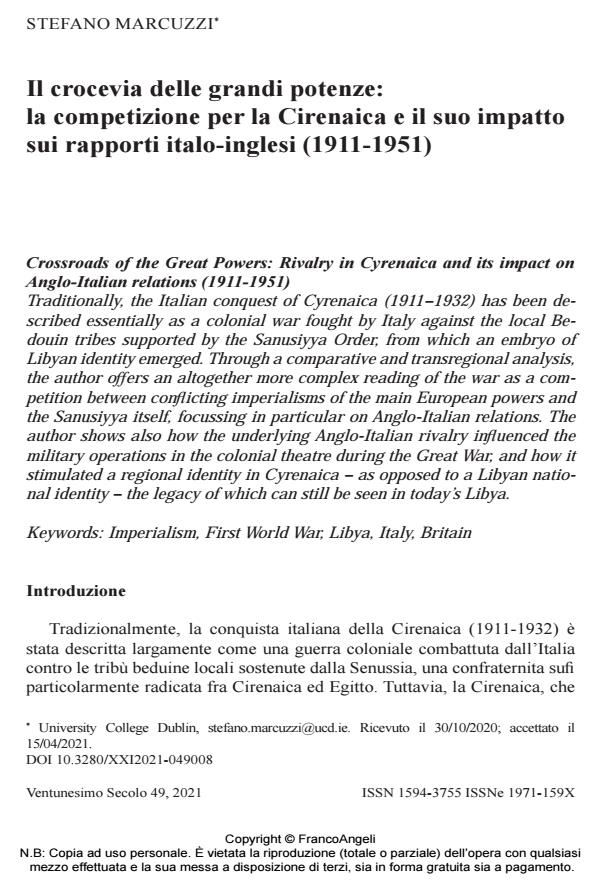 Traditionally, the Italian conquest of Cyrenaica (1911-1932) has been described essentially as a colonial war fought by Italy against the local Bedouin tribes supported by the Sanusiyya Order, from which an embryo of Libyan identity emerged. Through a comparative and transregional analysis, the author off ers an altogether more complex reading of the war as a competition between confl icting imperialisms of the main European powers and the Sanusiyya itself, focussing in particular on Anglo-Italian relations. The author shows also how the underlying Anglo-Italian rivalry infl uenced the military operations in the colonial theatre during the Great War, and how it stimulated a regional identity in Cyrenaica - as opposed to a Libyan national identity - the legacy of which can still be seen in today’s Libya.