On body, on limit: reflections on same-sex parenting 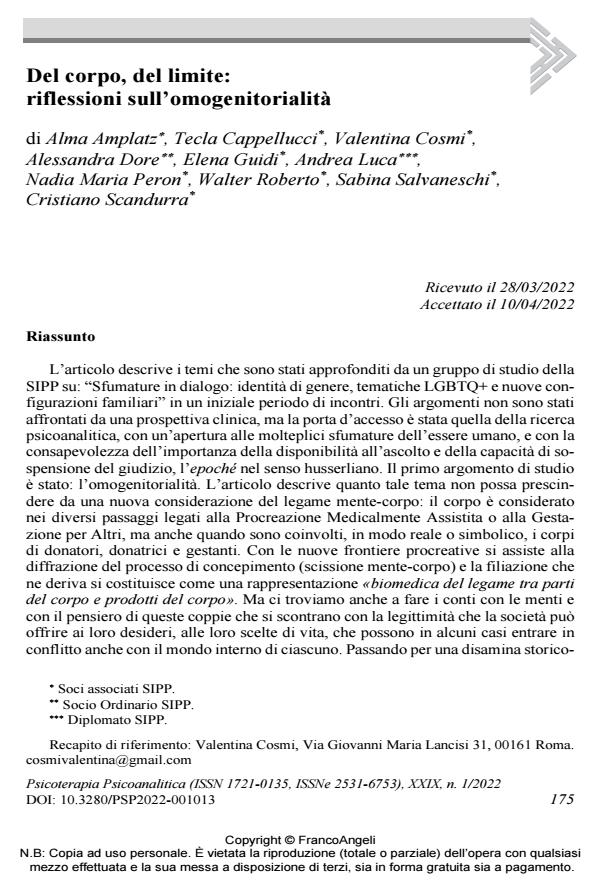 By definition, cognitive psychology seems to study something that has nothing to do with the body: cognitive processes, mental representations, memory traces etc. In this article, the author tries to highlight how instead, at least in the last two decades, the body has become central to the debate of all those disciplines around cognitive science. The birth of the so-called Embodied Cognition (EC) represented somehow a revolution that radically changed the way scholars study the mind, at least in certain domains. Even from a critical point of view, the author would like to emphasise that one of the greatest merits of EC is that it has undermined the foundations of some of the assumptions of cognitive psychology. For instance, EC has undermined the clear distinction between procedural and declarative knowledge, the distinction between perception and action, and, more generally, between the perceived environment and the cognitive structures by which it is rep-resented. The author aims to show how EC has thus highlighted the extreme epis-temological and operational flexibility of our cognitive functions and their de-pendence on action and the body, distinguishing itself from numerous previous theories in which the primacy of the role of language was never questioned.