The Worldliness of Time-Consciousness: Psychological and Philosophical Positions 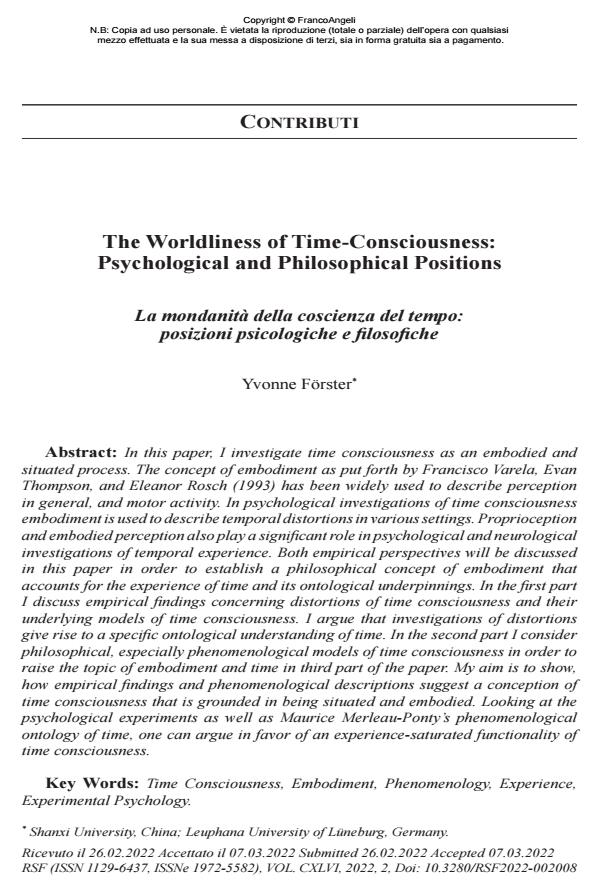