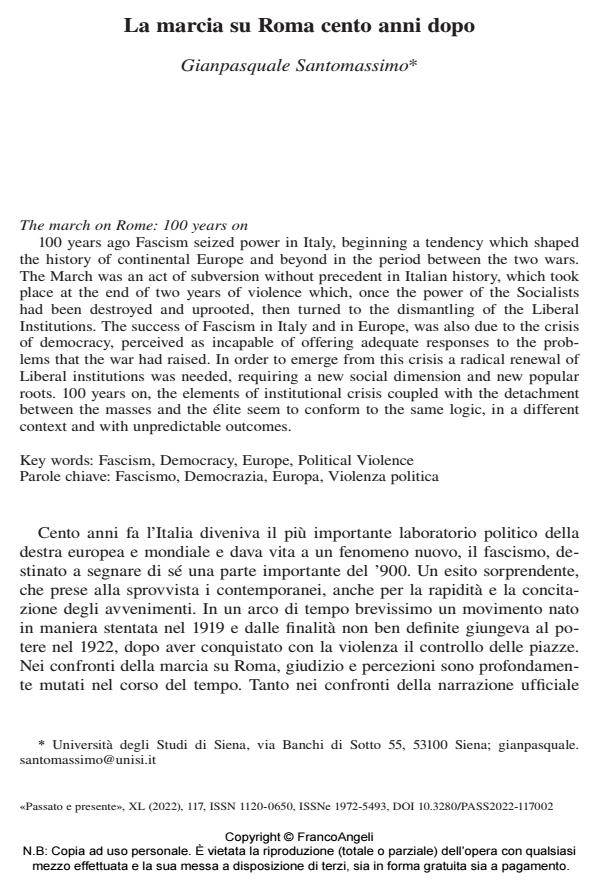 100 years ago Fascism seized power in Italy, beginning a tendency which shaped the history of continental Europe and beyond in the period between the two wars. The March was an act of subversion without precedent in Italian history, which took place at the end of two years of violence which, once the power of the Socialists had been destroyed and uprooted, then turned to the dismantling of the Liberal Institutions. The success of Fascism in Italy and in Europe, was also due to the crisis of democracy, perceived as incapable of offering adequate responses to the problems that the war had raised. In order to emerge from this crisis a radical renewal of Liberal institutions was needed, requiring a new social dimension and new popular roots. 100 years on, the elements of institutional crisis coupled with the detachment between the masses and the élite seem to conform to the same logic, in a different context and with unpredictable outcomes.