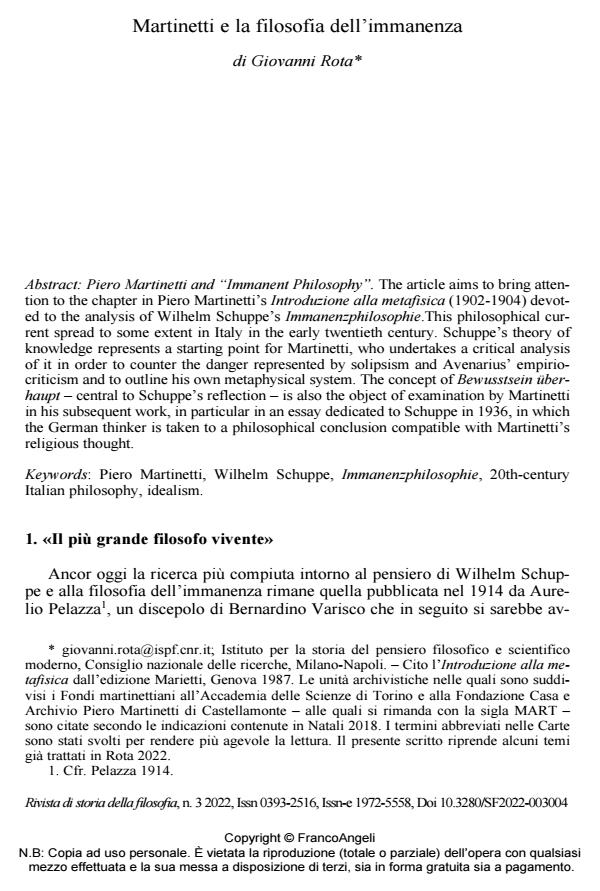 The article aims to bring attention to the chapter in Piero Martinetti’s Introduzione alla metafisica (1902-1904) devoted to the analysis of Wilhelm Schuppe’s Immanenzphilosophie.This philosophical current spread to some extent in Italy in the early twentieth century. Schuppe’s theory of knowledge represents a starting point for Martinetti, who undertakes a critical analysis of it in order to counter the danger represented by solipsism and Avenarius’ empiriocriticism and to outline his own metaphysical system. The concept of Bewusstsein überhaupt - central to Schuppe’s reflection - is also the object of examination by Martinetti in his subsequent work, in particular in an essay dedicated to Schuppe in 1936, in which the German thinker is taken to a philosophical conclusion compatible with Martinetti’s religious thought.