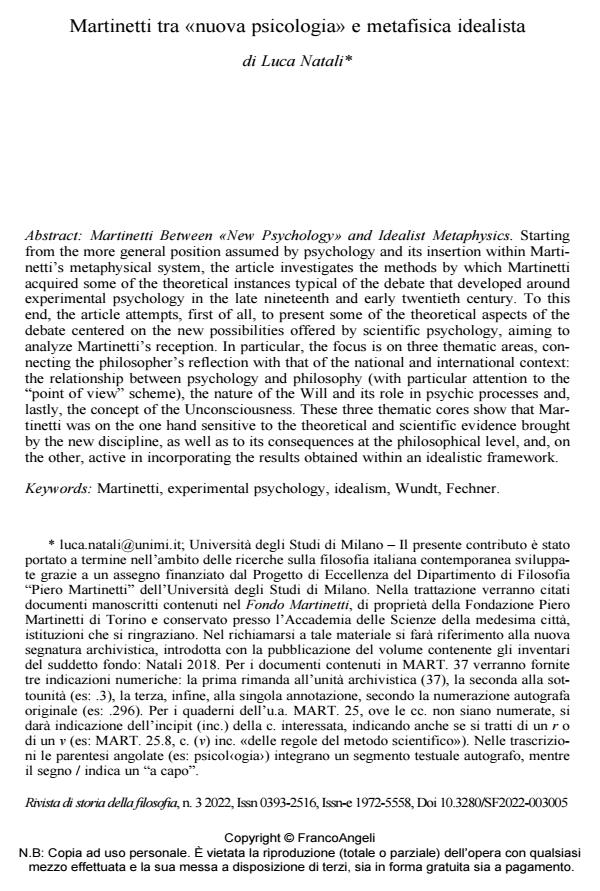 Starting from the more general position assumed by psychology and its insertion within Martinetti’s metaphysical system, the article investigates the methods by which Martinetti acquired some of the theoretical instances typical of the debate that developed around experimental psychology in the late nineteenth and early twentieth century. To this end, the article attempts, first of all, to present some of the theoretical aspects of the debate centered on the new possibilities offered by scientific psychology, aiming to analyze Martinetti’s reception. In particular, the focus is on three thematic areas, connecting the philosopher’s reflection with that of the national and international context: the relationship between psychology and philosophy (with particular attention to the "point of view" scheme), the nature of the Will and its role in psychic processes and, lastly, the concept of the Unconsciousness. These three thematic cores show that Martinetti was on the one hand sensitive to the theoretical and scientific evidence brought by the new discipline, as well as to its consequences at the philosophical level, and, on the other, active in incorporating the results obtained within an idealistic framework.