Theodore Hesburg and the Ecumenical Institute of Tantur (1963-1978). A contribution to the ecumenical journey 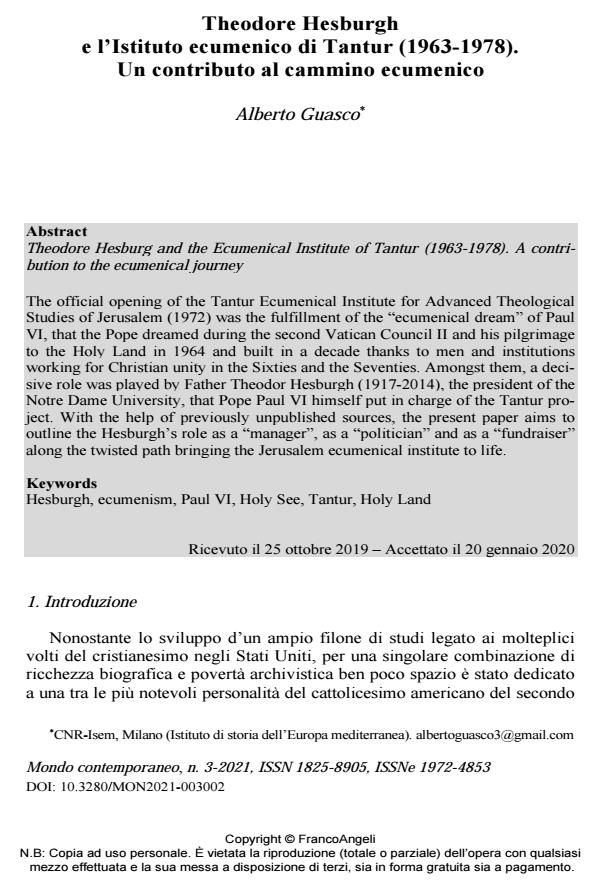 The official opening of the Tantur Ecumenical Institute for Advanced Theological Studies of Jerusalem (1972) was the fulfillment of the "ecumenical dream" of Paul VI, that the Pope dreamed during the second Vatican Council II and his pilgrimage to the Holy Land in 1964 and built in a decade thanks to men and institutions working for Christian unity in the Sixties and the Seventies. Amongst them, a deci-sive role was played by Father Theodor Hesburgh (1917-2014), the president of the Notre Dame University, that Pope Paul VI himself put in charge of the Tantur project. With the help of previously unpublished sources, the present paper aims to outline the Hesburgh’s role as a "manager", as a "politician" and as a "fundraiser" along the twisted path bringing the Jerusalem ecumenical institute to life.