Social sciences or cognitive sciences? Insights for a socio-cognitive approach 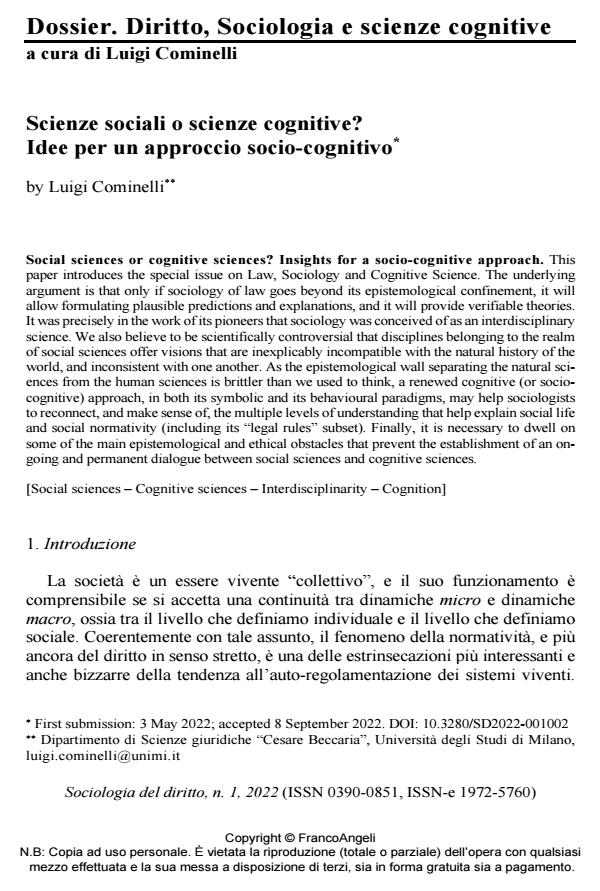 This paper introduces the special issue on Law, Sociology and Cognitive Science. The under-lying argument is that only if sociology of law goes beyond its epistemological confinement, it will allow formulating plausible predictions and explanations, and it will provide verifiable theories. It was precisely in the work of its pioneers that sociology was conceived of as an interdisciplinary science. We also believe to be scientifically controversial that disciplines be-longing to the realm of social sciences offer visions that are inexplicably incompatible with the natural history of the world, and inconsistent with one another. As the epistemological wall separating the natural sciences from the human sciences is brittler than we used to think, a re-newed cognitive (or socio-cognitive) approach, in both its symbolic and its behavioural paradigms, may help sociologists to reconnect, and make sense of, the multiple levels of under-standing that help explain social life and social normativity (including its "legal rules" subset). Finally, it is necessary to dwell on some of the main epistemological and ethical obstacles that prevent the establishment of an ongoing and permanent dialogue between social sciences and cognitive sciences.