Since 1967, the Censis Foundation (Center for Social Studies and Policies) has been publishing its annual Report on Italy's social situation. Policymakers, businessmen and experts in economic and social policies make large use of its well-structured comments, data and interpretations. Censis's Report is definitely the most highly qualified text for self-appraisal on the part of Italian society. The Report is traditionally comprised of different sections.

First, an introductory essay ("General Considerations") which evaluates the main social issues concerning Italy during the year. Part 2 ("Italy in 2002") contains a wealth of information which forms the basis of an in-depth analysis of the most relevant socio-economic changes in view of identifying any regular phenomena. Part 3 ("Areas of Social Policy") probes ongoing processes in a variety of spheres such as education, welfare, the economy and the environment. Finally, Part 4 ("Means and procedures") addresses two spheres such as innovative processes and public administration, and communications, which play a strategic role in view of social policies. This book is an abridged version of Censis's 36th annual Report for 2002 and is meant as an original tool for foreign observers to assess current trends in Italian society.


General Considerations
The italian society to 2002
Spaces for movement
(The reset of the New Economy; Recovery of real estate values; The new social networks; Living well, Italian style)
Symptoms of stalemate
(Though stimuli are modest, employment is responding; Corporate behavior and its contradictory messages; Family savings: powerful but temporarily frozen)
The declining impulse of expectations
(Failure of the 'announcement effect'; Federalism and major public works: clear goals, uncertain outcomes; Threat of war generates climate of uncertainty)
Systemic hindrances persist
(The presence of oligopoly groups; Unprepared for the generation revolution; TV broadcasting: a source of mirages)
Areas of social policy
Education and training
(The slow construction of a lifelong learning system; Dynamics of ongoing training: lights and shades; University mobility: shortcomings and progress of the Italian system; Italian talents: frustrated at home, disappointed abroad; Economic profitability of education: individual advantages and social benefits)
Work, professions and representation
(Community and society on the workplace; How Italy's labor market has changed; A close-up on the sector of social services)
The welfare system
(Wish for freedom, uncertain protection and new institutions in welfare; Devolution of health services: on the lookout for quality; Spontaneous networks and public innovation in the social and healthcare area; Minors and teenagers: an accountability that is difficult to find; Beyond research as slow-business; Social economics: the value of autonomy; Pensions not enough for a peaceful old age; Immigration: integration depends on what is done at the local level)
Territory and Networks
(Shifting the focus from procedures to contents in urban transformation policies; Activating polyarchic processes to reconstitute community governance; Recognizing and supporting community peculiarities; Between material and virtual: the urban project's new communications tools and spaces; Small towns where life is a pleasure; Vacant sites: the great reconversion; A new interpretive paradigm for Italian mountain communities; Signs of consolidation in the national scenario of trade fairs and exhibitions; Much pragmatism and little ideology in the demand for federalism; The financial impact of devolution; Local governments at grips with budget restraints)
Key factors in Italy's economic development
(The economy is turning, but without effect; Italy looks to the East; The path of local development between identity and relations; The four 'i's of Italian mesocapitalism; The mark of modernity in the socio-economic courses pursued in the Centre and North; Consumption between conformism and a desire for emotions; The added value of the sea; Second season of the New Economy; Information technologies and outsourcing: how big company organization is changing)
Means and procedures
Innovative processes and public administration
(The innovator, an emerging figure in Italy's public administration; The system of relationships: an opportunity to surface innovative processes; Failure of the production districts to innovate; Training as a resource to brind about change; Online services, an opportunity for public and private to meet up; Local telecommunications networks-an attempt to coordinate territorial initiatives)
Communications and culture
(The new pyramid shaped structure of Italian mass media; The use of media by social groups and "tribes"; "Media diet" changes according to generation; Trasparent advertising; Italian TV: declining quality of program supply, declining quality of demand; The spectacularization of grief; Youngsters and culture in the communications era Italian journalists: towards a new profession)
Appendix
Looking through figures
Foreword
Tables
Background
Societal self-awareness: from great goals to the emergence of spontaneous processes (1967-1971)
From the "submerged" to the "emerged" economy (1972-1977)
The pride of stability (1978-1981)
Difficult relations between society and institutions (1982-1983)
Consolidation and the need for maturity (1984-1987)
Beyond proliferation (1988-1992)
From revolutionary euphoria to an endless, wearisome transition (1993-1998)
Something is moving in the enduring static nature of Italy's atomized society (1999-2002)
Censis: an observer on the watch (What is Censis?). 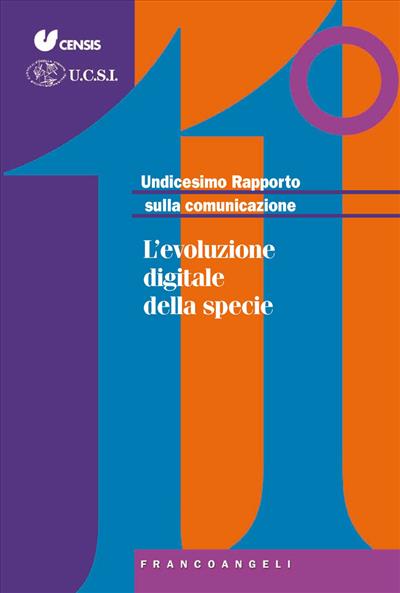 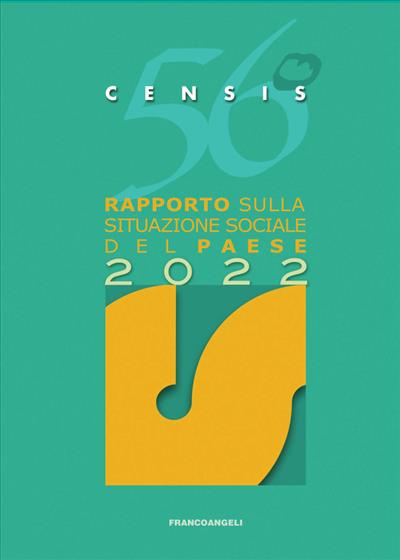 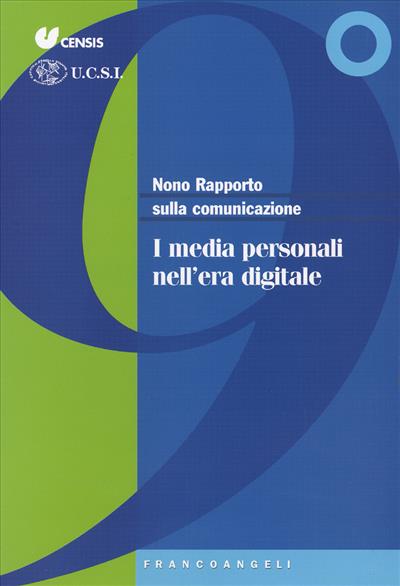