Cultures of culture: Academics, practitioners and the pragmatics of normative control 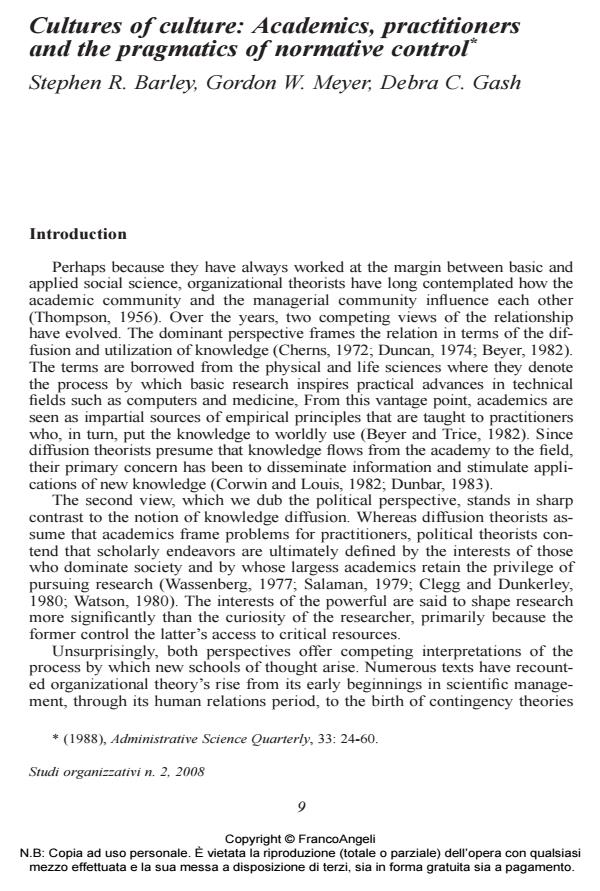 Culture of cultures: Academics, practioners and the prgmatics of normative control - This paper presents a method for assessing whether members of two subcultures, in this case academics and practitioners, have influenced each other’s interpretations. Conceptual and symbolic influence are seen as special instances of acculturation, and their occurrence can be studied by specifying changes in the language that members of different subcultures use to frame a topic or issue. Models of academic- and practitioner-oriented discourse on organizational culture were derived from early papers on the topic. The texts of 192 articles on organizational culture written between June 1975 and December 1984 were then examined for evidence of acculturation. The data strongly suggest that those who wrote for practitionere and academics initially conceptualized organizational culture differently. Over time, however, academics appear to have moved toward the practitioners’ point of view, while the latter appear to have been little influenced by the former. Besides showing that it is possible to study acculturation by investigating language use, the analysis raises important questions about the links between theory and practice m organizational behavior.