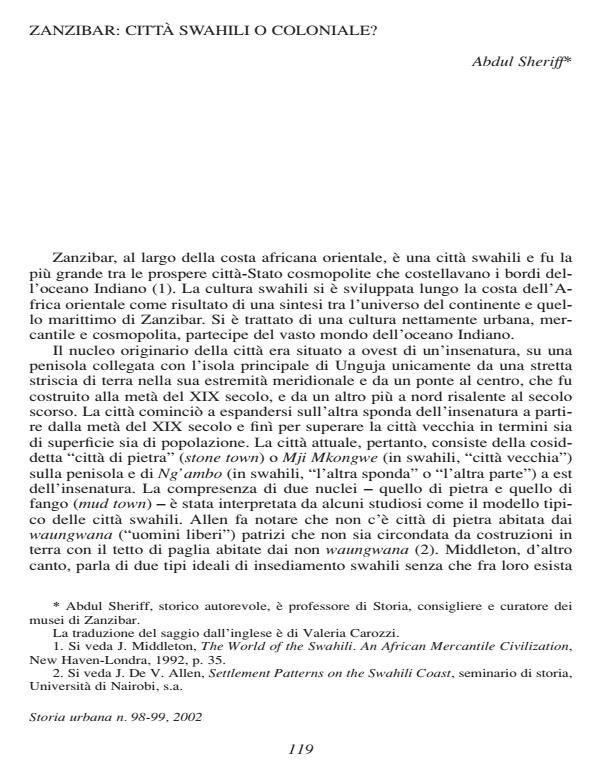 In this essay the original town of Zanzibar was located on a peninsula to the west of a creek that was connected to the main island by only a narrow neck of land at its southern end, and by a bridge in the centre that was built in the mid 19th century and another in the 20th century further north. The town of Zanzibar began to spread to the other side of the creek from the mid 19th century, eventually overtaking the old town in terms of both area and population. Zanzibar town is now described as consisting of the so-called Stone Town or Mji Mkongwe (Sw. Old Town) on the peninsula, and Ng’ambo (Sw. the Other Side) to the east of the creek. The geographical division of the town between the so-called Stone Towns and Mud Towns has been interpreted as the normal pattern of Swahili towns. Swahili urban geography was first and foremost a matter of a difference between the haves and the have-nots: the basic division in coastal town society. This basic division was spatially constituted, especially in the kinds of homes people built and where they built them.;