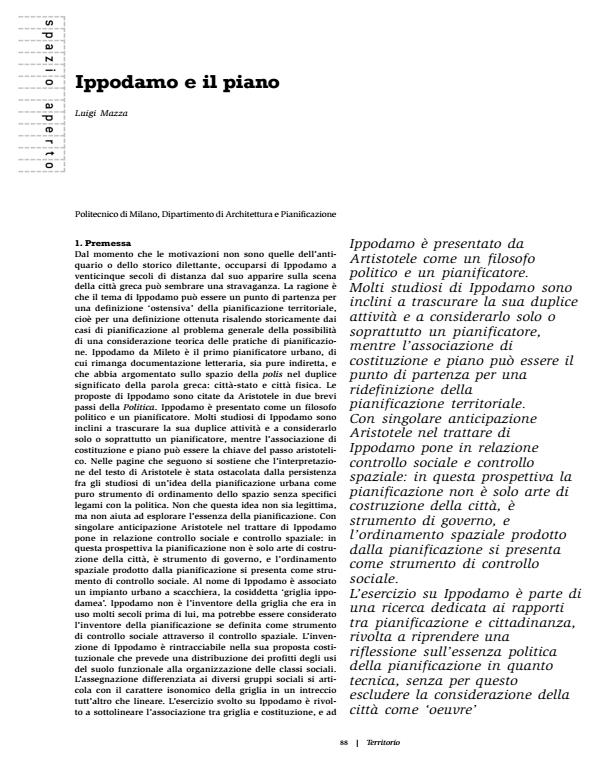 Hippodamus and the plan - It was with singular anticipation that in his writings on Hippodamus Aristotle placed social and spatial control in relation to each other: in this perspective planning is not only the art of building a city, but it is also a tool of government and the spatial order produced by planning is presented as an instrument of social control. The name Hippodamus is associated with a checkerboard urban layout, known as a ‘Hippodamus’ grid’. Hippodamus was not the inventor of the grid which had been in use many centuries before him, but he can be considered as the inventor of planning, if it is defined as an instrument of social control through the control of space. The exercise performed on Hippodamus is designed to underline the association between a grid and constitution and to identify the political nature of planning practices in motives that are more radical than those normally recognised for it. It is also an attempt to ask questions about the criteria that govern planning action and to identify the elements that characterise it in order to condense them into a concept of planning, whose independence does not divorce planning actions from political designs. The paper concludes with the basics of a theory of social order planning.;