Profit vs Interest in Classical Writings: Turgot’s vs. Mill’s Contribution 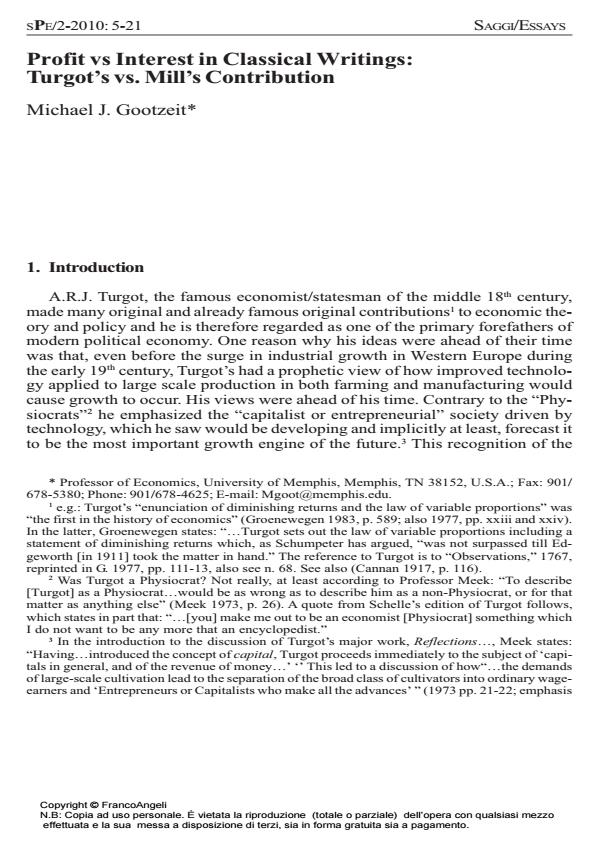 The mainstream classical theory of interest was part of the theory of profit as I have shown (Gootzeit 2006). The clearer separation of interest from profit took place gradually during the 19th century and even into the 20th. Turgot’s early role in this process has not been recognized. His ideas were ahead of physiocratic and even classical thought. I will illustrate his theory of interest and contrast it with John Stuart Mill’s. Interest was not only a part of 3-tier profits; it was also an opportunity cost for the "lender-entrepreneur" nonowner- of-land in agriculture. Interest was not only a direct function of profit, including rent; it was also a direct function of technology during industrialization and the excess demand for credit supplied by outside lenders. This was a "loanable funds" model, taken up later by Mill, but it was longer run because technology was so important. Interest was separated from profit because Turgot recognized that these loans would be outside-financed by lenders/risk-takers who earned interest, not owners who earned profit.