Adolphe Landry: Monetary Stability and the Financing of Industrial Development 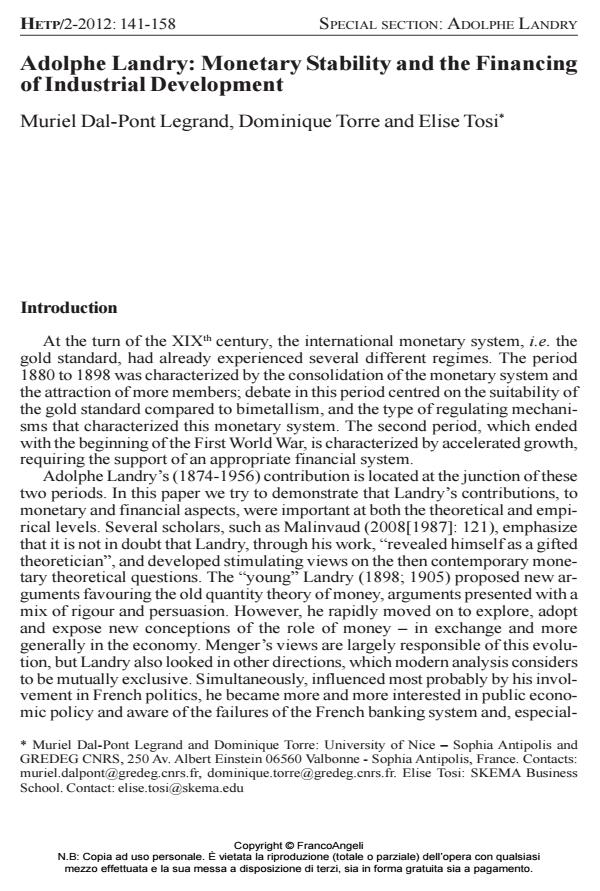 It is not so much known that before being a famous demographer Landry first contributed to political economy. Several scholars such as Edmund Malinvaud emphasized that it is not in doubt that Landry "revealed himself as a gifted theoretician". Supporting this view, the objective of this paper is to explain what were the initial monetary views developed by Landry and how he was influenced by different (and also non-orthodox) theoretical approaches. The gradual but also clear change we can observe in his monetary view was not only due to his theoretical lectures: as a public man, politically engaged, he was deeply influenced by his need to solve pragmatic issues. His efforts to reconcile his theoretical knowledge with his pragmatism led him to develop stimulating views on the then contemporary monetary theoretical questions.