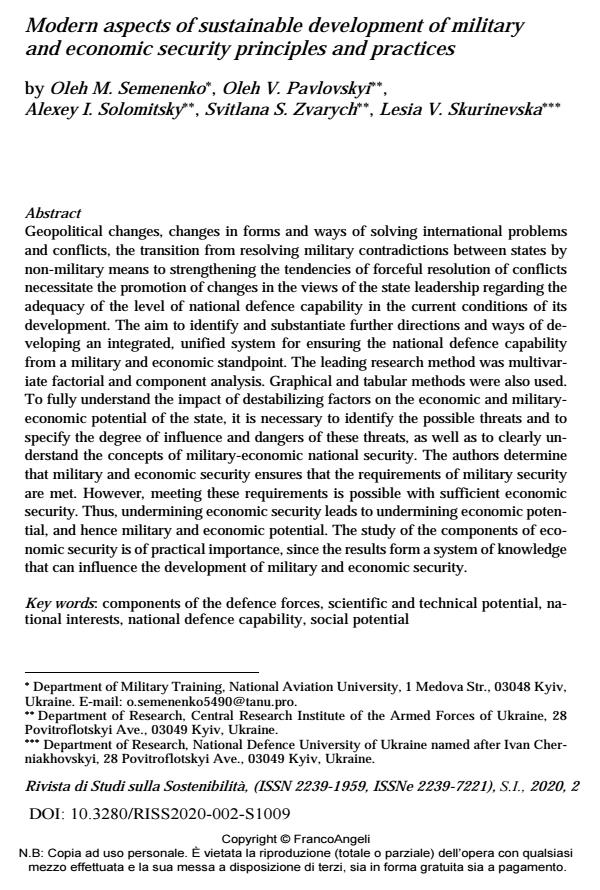 Geopolitical changes, changes in forms and ways of solving international problems and conflicts, the transition from resolving military contradictions between states by non-military means to strengthening the tendencies of forceful resolution of conflicts necessitate the promotion of changes in the views of the state leadership regarding the adequacy of the level of national defence capability in the current conditions of its development. The aim to identify and substantiate further direc-tions and ways of developing an integrated, unified system for ensuring the na-tional defence capability from a military and economic standpoint. The leading research method was multivariate factorial and component analysis. Graphical and tabular methods were also used. To fully understand the impact of destabiliz-ing factors on the economic and military-economic potential of the state, it is nec-essary to identify the possible threats and to specify the degree of influence and dangers of these threats, as well as to clearly understand the concepts of military-economic national security. The authors determine that military and economic se-curity ensures that the requirements of military security are met. However, meeting these requirements is possible with sufficient economic security. Thus, undermining economic security leads to undermining economic potential, and hence military and economic potential. The study of the components of economic security is of practical importance, since the results form a system of knowledge that can influ-ence the development of military and economic security.