Theoretical substantiation of the model of borrowing rights-terminating facts 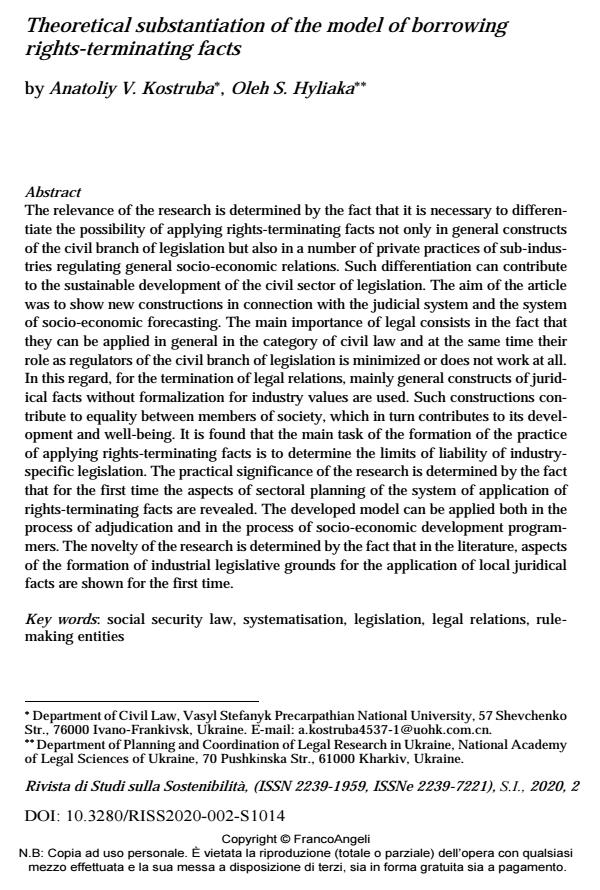 The relevance of the research is determined by the fact that it is necessary to dif-ferentiate the possibility of applying rights-terminating facts not only in general constructs of the civil branch of legislation but also in a number of private practices of sub-industries regulating general socio-economic relations. Such differentia-tion can contribute to the sustainable development of the civil sector of legislation. The aim of the article was to show new constructions in connection with the judicial system and the system of socio-economic forecasting. The main importance of legal consists in the fact that they can be applied in general in the category of civil law and at the same time their role as regulators of the civil branch of legisla-tion is minimized or does not work at all. In this regard, for the termination of legal relations, mainly general constructs of juridical facts without formalization for industry values are used. Such constructions contribute to equality between members of society, which in turn contributes to its development and well-being. It is found that the main task of the formation of the practice of applying rights-terminating facts is to determine the limits of liability of industry-specific legislation. The practical significance of the research is determined by the fact that for the first time the aspects of sectoral planning of the system of application of rights-terminating facts are revealed. The developed model can be applied both in the process of adjudication and in the process of socio-economic development programmers. The novelty of the research is determined by the fact that in the lit-erature, aspects of the formation of industrial legislative grounds for the application of local juridical facts are shown for the first time.