1923: A transition path towards the neutralization of the press 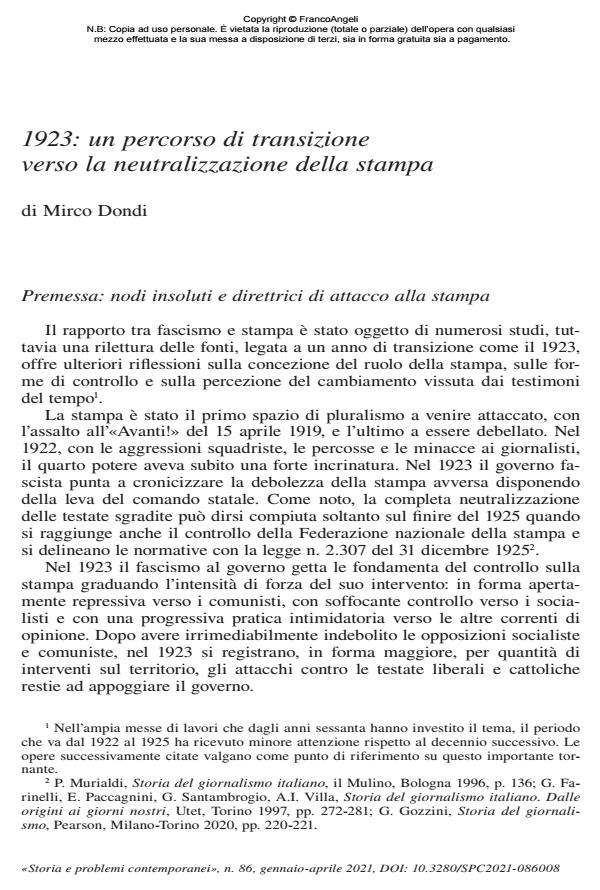 This essay analyzes 1923 which was a year of transition in the activity of control of the fascist government over the press. The prefects intervene to prevent accusations against government. The Press Office of the government, headed by Cesare Rossi, works with activities of infiltration and intelligence. An attempt is being made to build a structure of control over the press in order to operate, in the future, more on prevention than on repression. An important role is played by «Il Popolo d’Italia» for the legislative proposals, to guide the attacks of the fascists and intimidate opponents. The anti-fascist press is no longer able to oppose itself. Piero Gobetti argues that opposition to fascism can only be carried out by conservatives, but there is no perception of change and liberal ideology is in transit between support for fascism and more advanced forms of democracy. Despite the illusions, 1923 marked the end of printing and the possibility of a return to the order of the liberal State