Made in south. Industry between public intervention, dilapidate territory and regenerative strategies 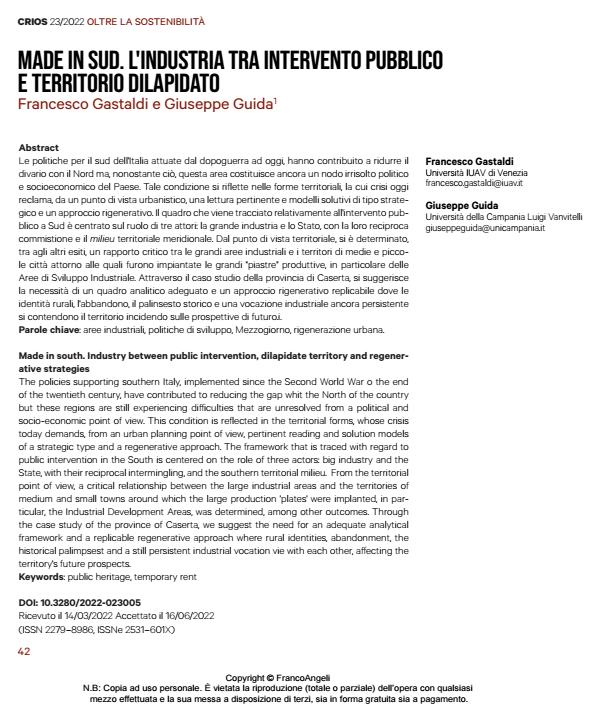 The policies supporting southern Italy, implemented since the Second World War o the end of the twentieth century, have contributed to reducing the gap whit the North of the country but these regions are still experiencing difficulties that are unresolved from a political and socio-economic point of view. This condition is reflected in the territorial forms, whose crisis today demands, from an urban planning point of view, pertinent reading and solution models of a strategic type and a regenerative approach. The framework that is traced with regard to public intervention in the South is centered on the role of three actors: big industry and the State, with their reciprocal intermingling, and the southern territorial milieu. From the territorial point of view, a critical relationship between the large industrial areas and the territories of medium and small towns around which the large production 'plates' were implanted, in par- ticular, the Industrial Development Areas, was determined, among other outcomes. Through the case study of the province of Caserta, we suggest the need for an adequate analytical framework and a replicable regenerative approach where rural identities, abandonment, the historical palimpsest and a still persistent industrial vocation vie with each other, affecting the territory's future prospects.