The Italian Economists and the Crisis of the Nineteenseventies. The Rise and Fall of the "Conflict Paradigm" 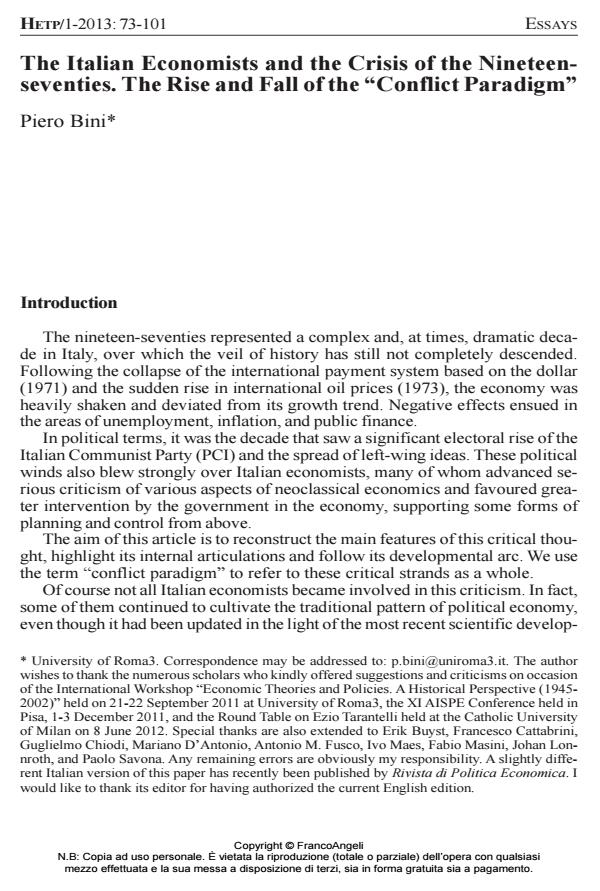 Between 1969 and the early nineteen-eighties a unique parabola took place in Italy that was both historical and theoretical. We are referring here to the birth, development and decline of a research project that had assumed Sraffa’s book Production of Commodities by Means of Commodities as its basic reference. At the beginning of this debate, the characteristics of Sraffa’s theory as an "open" scheme enabled it to produce a theoretical core having multiple derivations (both Keynesian and Marxian). In this system of scientific synergies a special role was played by the discussion concerning wages as "independent variable". The result was a meta-theoretical concept of wage as a price governed prevalently by social forces and power relations. We have called this complex research programme the "conflict paradigm". Successively the paper considers the reasons which, since the mid-seventies, started to corrode this compound doctrinaire alliance, first of all the intellectual disorientation caused by both the acute expressions of crisis in the second half of nineteen-seventies, and the criticism against the Sraffa’s theory as an "open" scheme, as a factor that deprived the study of economics of the solid anchor of equilibrium analysis.