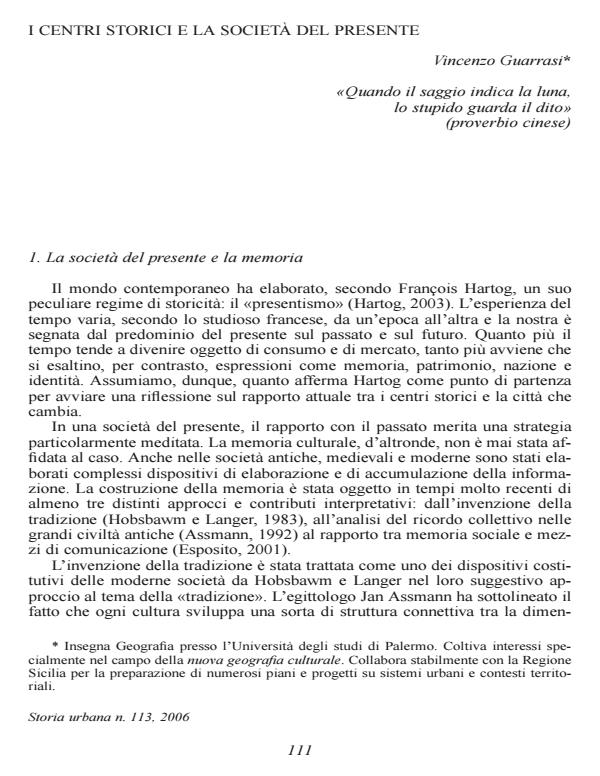 With today’s fixation on the here-and-now, our relationships with the past merit strategies founded in long and careful thought. And since clashes and conflicts between memory and the society of the present day are most likely to arise in our urban spaces and places, and in historic centers in particular, we must ask ourselves whether these historic centers be fact or fetish idola mentis that lead the mind astray. The answer, as the article reminds us, is that they are both, a mixture whose deformity derives from the boundary that separates them from the urban context. Now, forty years since Law 765/67 came into force, the transformations it triggered are so complex that they must be assessed case by case. In the second part of the text, the author recalls his experience as a member of the group that addressed the problems of Palermo’s historic center thirty years ago. Here, the scene we now see before us is so radically different that the author prefers to suspend judgement until the entire cycle of studies of historic markets has been brought to completion: the evolution of these markets is one of our most sensitive indicators of ongoing change. In Palermo, from the aftermath of World War II down to the present, these markets have continued to display an intense, and indeed obstinate, vitality in a physical and social setting that seemed all too likely to consign them to oblivion. For this reason, it is paradoxical (to say the least), that while the rest of the city regains its momentum, the greatest threats to the markets come precisely from that society of the spectacle that is by its very nature most closely attuned to their forms.;